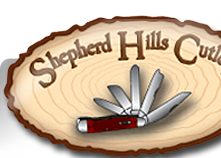 Case Celebrates the Mark of a New Era in 2020

As early as the Case Brothers began making knives in upstate New York during the late 19th century, they were also methodically scrawling symbolic stamp designs into their blades. Many other knife manufacturers also adopted similar practices. Knife historians have since come to realize the critical value of these unique and important marks. Collectively, they document a timeline that spans more than 130 years of knives that bear the Case name.

Many of the early Case tang stamps were used during time spans that varied widely. But that changed in 1970 when the company began stamping blades with a “dot dating’ tang design that would span a finite decade of manufacturing. The annual removal of one of ten dots from the blade presses signaled the start of a new production year that collectors could recognize as new knives were released to dealer displays. From then on, it became possible to know the exact year in which each Case® knife was manufactured.

For more information about identifying and dating Case® knives visit our knife reference page. The year 2020 signals the beginning of another decade of Case knives, and with it comes a brand new tang stamp design - one that recalls the early use of the “ten-dot” dating system - and the ’CASE XX’ marking that remains one of the most recognized company hallmarks.

Join us in celebrating the mark of a new era for Case knives, and a look ahead to their future! The Case(R) Winkler Skinner is the first in a planned series of collaborations aimed at celebrating American heroes, an idea brought to life by Case’s historic military contributions and Winkler Knives’ ongoing involvement with U.S. Special Operations. The new knife is manufactured in Case’s modern production facility by an elite team of Case knife makers whose work is held to strict quality and performance standards equaling the reputation of Winkler Knives’ custom manufactured blades.

The Case(R) Winkler Skinner is a high-performance field knife that is lightweight, well balanced and built for dependability. The flat ground, distal tapered Trailing Point blade is made from tough 80CrV2 steel, known for its enduring lateral strength, superior edge retention and ease ofÂ sharpening. The full tang is skeletonized and tapered to reduce weight and improve balance. The knife is accompanied by a molded black leather sheath that’s specially reinforced to help keep its shape, ensuring a continually snug fit when not in use. A reversible belt attachment accommodates carrying the knife on either side of the body.

All of these premium features make the Case(R) Winkler Skinner the perfect ally to take on hiking, camping and hunting adventures, and a welcome addition to any military operator’s kit.

“At Case, we like to say that every knife tells a story, and this new collaboration will surely speak volumes,” remarked John Sullivan, Case's Director of Marketing. “By combining Daniel’s and Kevin’s expertise and personal experiences with Winkler Knives’ methods and our own Case technology, we've crafted a tough, utilitarian field knife that performs as well as a Winkler Knives II original and is suitable for use across many different environments.”

Daniel Winkler, with more than 30 years of experience to his credit, brings multiple disciplines to the Case(R) Winkler Skinner project – as a Master Bladesmith, respected metallurgist, blade geometrist and full-time knife maker who, through Winkler Knives, has served some of themost elite Special Operators across all branches of the U.S. military. “My introduction to Case knives came to me as a young boy in North Carolina, when my father gifted me the ‘Tested’ era Folding Hunter that was given to him by his grandfather – which I still own,” Winkler said. “I’m proud to be working with Case – a company who outfitted the First Special Service Force during World War II – andÂ my friend, Kevin Holland – to bring a knife of this caliber to those who still serve.”

As co-designer of the Case(R) Winkler Skinner, Kevin Holland brings decades of intense military expertise to this collaboration. A highly decorated veteran member of U.S. Special Operations, Hollandâ€™s vast knowledge of knife design, construction and tactical use hails from the many different situations and extreme environments in which he had to depend on knives to survive. Holland's real-world experiences helped craft the Case(R) Winkler Skinner into an optimal field knife as well as an essential accessory to Special Operators everywhere.

“As a veteran of U.S. Special Operations, I learned first-hand the importance of carrying the highest quality tools on assignment,” said Kevin Holland. “I’m proud to have been able to share my experiences to help create something that performs as well for outdoorspeople at home as it can for our Armed Forces around the world.”

The knife’s name, “Skinner”, reflects Holland’s years as a young hunter and trapper who relied on his Case Slimline Trapper to field dress small game and clean fish in the mountains of North Carolina. It is this story which inspired a Commanding Officer to assign “Skinner” as Hollandâ€™s nickname during SEAL Team selection, a title by which he answers to even today.

ABOUT DANIEL WINKLER AND WINKLER KNIVES

Daniel Winkler is an award-winning custom knife maker based in Blowing Rock, North Carolina. His early recognition came from hand-forging Early American-influenced knives and axes. The historical styling of his work led to Winkler being commissioned to create cutlery for principal characters in the award winning 1992 film, The Last of the Mohicans. In more recent years he has had the honor of working with members of elite units within the U.S. Military and Allied Forces around the world, a development which prompted the establishment of the Winkler Knives II product line that continues today.

ABOUT KEVIN HOLLAND
Kevin Holland is an American hero who has honorably served his country as an elite special operator across two different branches of the U.S. Military, completing more than 2,000 combat missions in multiple deployments across the globe. A North Carolina native, Holland has earned many awards and commendations for his leadership, bravery and valor. In more recent years, Holland has worked as an independent knife designer for Winkler Knives and consultant for other outdoor and military-related industries. He is currently employed as a business executive in the private sector. This entry was posted in Uncategorized and tagged #caseknives #winklerknives #skinner #fixedblade #casexx. Bookmark the permalink.

This Case Knife…. Comes With History

It is the Case V-42 Fighting Stiletto, manufactured by W.R. Case & Sons Cutlery in the early years of WWII and government issued to America’s "First Special Service Force” or the “FSSF.”

The enemy had a different moniker for these fierce fighters…the enemy referred to the FSSF as “The Black Devils.” Dropped in from silent gliders, behind enemy lines under cover of darkness with their faces painted black to blend in with the nighttime, the enemy never knew where the FSSF would appear. With their special tactics, and assignments, they were instrumental in helping to bring victory to the Allied Forces, each with their Case V-42 Stiletto by their side.

It makes us proud to be Americans when we think of the bravery and courage of these valiant patriots. And proud, too, to be able to offer to you this authentic reproduction Case Knife that is still “Made in America!”

The release of W.R. Case & Sons Cutlery’s reproduction of the V-42 Fighting Stilettos - made as closely as humanly possible to the original issue in 1942-will be later in 2015.

You can pre-order now so you won’t miss the inaugural release of this historic Case knife that carries so much history with it.

The FSSF was awarded the Congressional Gold Medal in early February, 2015. FSSF member, Gene Gutierrez on the left, represents the U.S. in accepting this most deserved honor with FSSF member Charles Mann representing Canada on the right.

Shepherd Hills began in 1972 when Ida Reid along with her husband, Rea; and sons, Rod and Randy decided to open a small gift shop as part of an already established motel, the Shepherd Hills Motel in Lebanon, MO.  The location was well-known by the Reids as they had operated the Capri Motel in that very same spot during the 1960’s.

Sitting right along the famous Route 66 which became I-44 , the location made it easy to cater to  tourists who were visiting the area or following the advice of the old jingle ♫“See the U.S.A. in a Chevrolet”  ♫ ad campaign that had been popular as people began to explore the states by way of Route 66.

From the beginning, Shepherd Hills’ hallmark has been to provide high quality products with customer service that is unsurpassed. Genuinely treating customers with the respect they deserve and providing them with an opportunity to buy quality goods at reasonable prices prompted many travelers to stop in each time they came through the area. It wasn’t long before Shepherd Hills became a “must do” as folks planned their trips through the Ozarks.

Accenting the resources of the Ozarks area around Lebanon in the early days, Shepherd Hills became known for their “Walnut Bowls” (as Missouri has over 60% of all the walnut in the nation) and Frankoma pottery
(pottery made by the Frank family in Oklahoma). These were the main lines among other quality items offered by Shepherd Hills that would make a good memento of a trip through the Ozarks.

As time went on, Shepherd Hills added additional locations including those  in Osage Beach, MO, Branson, MO, and Eddyville, KY , and brought in other quality products  to the lineup including Chicago Cutlery, Denby Pottery, and of course Case XX pocketknives-- making the latter also available through catalog mail order and eventually on the web at www.casexx.com.

We have been representing Case XX since the early 90's, enjoying the adventure of  having many Case XX knives made exclusively for Shepherd Hills,  coming up with new designs i.e. “The Beast” our first multi-blade made by Case in 1996, “Big Chief”. “Big Nut”, “Jaguar”  et al., and new handle materials including “Bubba Gum”, “Giraffe Bone”, “Mammoth Ivory”, “Lizardskin”, and “Indian Paintbrush” among others.  And the saga continues today, with the adventure as real as ever---you gotta know we always have a few Case XX surprises in the works.

Lots of things have changed since 1972… but what hasn’t changed is Shepherd Hills’ commitment to quality and the “treat you how we would want to be treated” customer service.

That’s why we are very happy and proud to be associated with W.R. Case & Sons Cutlery---what we believe is the finest pocketknife you can buy---, working our way to the  honor of the “World’s Largest Case XX Collectible Dealer” .

We want to thank you for helping us  achieve that position and want you, our customer, to know that much of the satisfaction of being in this role is created by having the opportunity to work with the myriad of people we have met , either by phone, email  or in person, that are Case knife enthusiasts or Case knife collectors.

We can say with confident assurance, cause we know first hand, Case knife enthusiasts truly are some of the nicest people in the world.  We thank you for your patronage and your friendship.